Did you know you will get more flavor out of the meat by knowing how to trim a brisket correctly? Brisket is a tough cut of beef that comes from the breast part of a cow. Trimming the brisket ensures that it cooks evenly and tastes amazing.

The best way of cooking this cut of meat is by smoking, braising, or barbecuing. Should I trim the fat off a beef brisket? Most people believe that fat is flavor, so why is it important to remove the fat?

A whole brisket contains very thick, hard pieces of fat that prevent seasoning or marinade from soaking into the meat. However, if you remove too much fat the meat can become dry, have less flavor, and won’t be very appealing to eat. That’s why our guidelines on trimming brisket are valuable knowledge for any cook.

The Beginners Guide to Trimming Brisket

How do you cut brisket before cooking? The key to trimming brisket correctly is using a very sharp knife first. Using a long knife (6 – 8 inches) is ideal to trim away the long pieces of fat. Afterward, a smaller paring knife will allow you to easily reach the fat in the crevices.

Keep the brisket refrigerated until you’re ready to begin. A cold piece of meat is a lot easier to trim. Follow these steps below:

Following these steps will give you a perfectly trimmed brisket that is ready for cooking.

Brisket should be cooked for a long time at a low temperature to get the most out of the meat. This can be done in an oven, on a stovetop, in a slow cooker, or on the grill. For effortless cooking without all the work, a pellet smoker will allow you to produce an effortless delicious barbecue in half the time.

Smoking brisket is a favorite for a reason. Although it requires a lot more free hand work than the other methods, the taste the smoke gives the meat is hard to beat.

You can prep your wood chips to optimize the outcome: 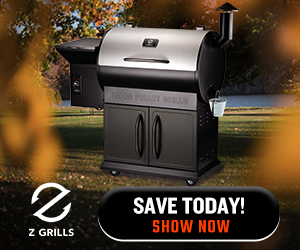 Handy tip: to give the wood chips a different flavor, soak them in wine, apple juice or beer.

Now, wait for the grill to reach the correct temperature then add the brisket.

So, now that you have trimmed your brisket to perfection, you’re left with all those offcuts. You may ask what you can do with brisket trimmings? Here are some tasty ideas:

Packer brisket (or packer cut) refers to the entire piece of brisket before it has been trimmed. To start, trim off any loose pieces of meat.

Once you have mastered the art of trimming for beginners, you can take the next step by trimming the brisket like a professional. Below is a step-by-step guide.

Seeing it done could help you get it right the first time, so check out this video before you start.

How Long do You let Brisket Sit Before Trimming?

Resting the brisket is the final stage in the cooking process. It’s very important to let the brisket rest before you cut into it because degraded and dissolved proteins thicken the natural juices during the resting process.

This helps the thickened liquid to escape slowly when you slice it. You should let the brisket rest at least 30 minutes before cutting. If you cut the brisket right after it’s been pulled, you end up losing a lot of important liquid. The steam inside the brisket will escape once the meat is cut and that moisture will be lost. This will make the brisket dry up and ruin the taste of the meat.

A well-smoked brisket has an internal temperature of two hundred degrees. If you try to take a bite of that you’re sure to burn your mouth, as that is not a comfortable eating temperature. When you allow the brisket to rest the meat cools down slowly and evenly. This process is best achieved in the open air. This will allow the brisket to get to the desired temperature more rapidly.

Note: the amount of time the brisket needs to be rested for at room temperature, will depend on the cut of the meat. Rest the brisket until the collagen becomes gelatine.

Do you Trim the Fat Cap Off Brisket?–And Other Tips

The side of the brisket that has the most fat on is called the fat cap. This type of fat does not render when brisket cooks and stops the spices and flavor from penetrating the meat.

Most people wouldn’t like to eat a mouthful of fat, so removing most of it is an important step. You may leave a thin layer so that your meat develops a thin layer of bark—crisp fat—over it.

Trimming brisket franklin style is the best method for smoking. Aaron Franklin’s method recommends keeping the flat cap on and leaving the point and flat intact. This method increases the cooking time drastically.

Trimming Brisket for a Competition

In the United States, brisket smoking competitions are popular. How to trim brisket for competition judging is different from preparing it in your kitchen at home.

Cooking a brisket for a competition means the judges will only sample one small piece to gauge the taste of the meat. So, every bite should be packed full of flavor.

The brisket should be lightly trimmed leaving some fat to encourage maximum bark creation and flavor retention. The brisket should be seasoned well with flavor rubs, then moisture enhancers are injected deep into the meat. Next, the entire brisket is wrapped in foil before placing on the fire. This process will enhance the flavor throughout.

How to Trim a Brisket in Half

Cutting a brisket in half means separating the round from the flat point. If you slice the brisket correctly, you will have tender, melt in your mouth smoked meat.

How to cut brisket in half once it has been cooked:

The best way to ensure that your brisket has the best flavor possible is to trim it before smoking. Leaving a ¼ inch of fat is ideal as this fat can be rendered and promotes bark growth which gives the meat a unique flavor.

There is a great debate about how much fat should be trimmed but it’s ultimately a matter of taste. Some feel the fat cap is unappetizing while others consider it a delicacy that adds savory richness and increases the intense smoky flavor of the meat. What do you prefer?

No matter how you decide to trim the brisket, it’s important to let it rest before cutting. Once your brisket has been sufficiently rested, go ahead and enjoy.